I’ll be honest; years ago I used to buy my pedals based on one thing: Price.

At the time, that meant a succession of the old Look Deltas adorned my bikes and, in fairness to a design that showed plenty of longevity, they did an okay job. It was only later, when I decided that just ‘okay’ might not be enough for me, that I really inspected the alternatives. And that was the start of a fairly steep learning curve about the importance of pedal choice in the search for the optimum bike fit.

Picking the right one, either by accident or design, can put you in that happy place where everything fits together seamlessly; perfect cleat position, just the right amount of float and a natural alignment of ankles, knees and hips. On the flip side, picking the wrong one can make all those things frustratingly difficult to tune in and, potentially, lead to issues with both injury and performance.

The odd thing is that people can ride around for years, not actually knowing whether they’ve got it right or wrong, which, I guess, is one of the potential benefits of getting a bike fit.

Shameless fitting sales pitches aside, all of the major road pedal systems – Shimano’s SPD SL, Look’s Keo or Speedplay’s Zero – have pluses and minuses and some will suit some riders better than others. From a fitting and fitter’s perspective though, there is a winner: Speedplay.

Near-infinite and precise adjustability, different axle lengths and the ability to correctly position the cleat on virtually any combination of foot and shoe make it a natural recommendation. If nine out of 10 cats prefer Whiskers, I reckon a rummage through the bike collections of the nation’s fitters would reveal more than the odd pair of Speedplay.

Unless the cheque’s in the post, I’m not deriving any benefit from saying that – and there are downsides, mainly cost of pedal and cleat and an even more pronounced ‘duck walk’ than normal, if that bothers you – but the good outweighs the bad, for me at least.

Now I’m not telling everyone to go and buy a pair. But I would say check you’ve got a pedal that suits you, because it really can make a difference. 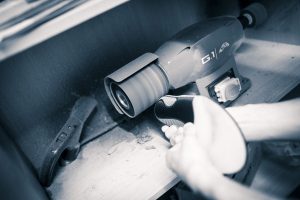